I just can’t get enough of the chills, cold winds, that beautiful pristine snow, that numbness of hands nose and feet, that dryness in my nose and lips which tells me everytime I travel that I am living the best time of my life.

Travel, for me, is a therapy and the peace and calmness I get from it could never be beaten by anything else. So I dare to live the life I’ve always wanted and for those who never travel, you’re just stuck on one page, explore the book.

These pictures were clicked in my last travel trip to Spiti Valley. Before entering Spiti, you need to check this place called Chitkul, which is the last village of Indian borders in Kinnaur district of Himachal Pradesh.

As I say this it would be snowing in Chitkul right now and the entire village gets snow ladden in winter. You can find the best apples here in summer and walking through those apple orchards is just a delight to your soul. You cannot just stop smiling looking at the views and the simplicity of the place, yet it’s so untouched. The view and water of Baspa River is divine. Don’t miss out on stargazing here and the Mathi temple which is believed to be 500 years old.

According to a recent study by Centre of Atmospheric Sciences at IIT Delhi, Chitkul has the cleanest air in India.The nearest airport would be Chandigarh, Kullu airport for locals and Delhi for international flights.

Its almost November now and Winter is here however I thought to take a winter break and go for an expedition.

So here I am in one of the highest and coldest village of Asia, Hikkim in India. Hikkim falls in Spiti Valley in the state of Himachal Pradesh and boy! I can’t get over this place.

The temperature right now is -2° and I am totally bundled up here because the mercury is going to drop even more tonite. Presumably its gonna be -8° tonite. Umm, atleast that’s what Google says.

The 1st pic is the Key Monestary that’s a Tibetan buddhist monestary located at altitude of 13668ft at the top of the hill close to Spiti river.

I have clicked a thousands of pics but here the internet is weak so bear with me. Should you plan to visit Spiti Valley,You need to  purchase Jio mobile network. Thats the only network working here.

Carry all of your medications as there is hardly a single pharmacy in each village. Carry all insulating clothes as the weather drops at any moment and suddenly from wearing a thin tshirt you feel like wrapping a blanket around.

Use good shoes, an effective sunscreen and a good vehicle.

My car broke down in the middle of the road to Chitkul and we were stranded for a couple of hours but it was worth waiting all the while coz as they say, Difficult roads often lead to beautiful destinations.

Snowfall starts by December so plan accordingly. Summer is from March to September and autumn thereafter. Hope to see you soon.

I will catch you guys later, its dinner time here. Hoping for some good momos and thukpa (local food)

How about sitting in a Cafe on the highest altitude and feeling the rich aroma of freshly brewed ground coffee and suddenly you notice tiny white cotton crystals falling on your hand???

Yes, you guessed it right, it has started snowing here.I can see people dancing in joy and overwhelmed with the first snowfall of the year.

Currently, I am in a small and a gorgeous town of Himachal Pradesh called Manali. If you really want to explore marvelous mountain ranges and beautiful landscapes, Manali is the right place to visit. You can travel to Chandigarh airport/station or Bhuntar airport to reach Manali.

Must visit sightseeing places in Manali :

If you are planning for a vacation in India then you can really not afford to miss this State, Himachal Pradesh which is nothing but just beauty on Earth, and it is a visual and mental treat to be here watching the spectacular and diverse landscapes, the hills, the weather and the entire vibe of this place is just next level. And If you are an Indian, you already know what I mean, right?

The best places in Himachal would be :

Bir is mostly famous for Para-gliding and camping. Again Bir is full of some cool cafes which allows gorgeous sunsets to view from. Please don’t miss the Sunset If you are at Bir.

Rest of the places like Shimla , Manali are for snow lovers in this season i.e. from November to February. Do check the weather If you are planning in these months and be ready with your thermals,warmers and quilted jackets as the weather is quite colder in this time of the year.

So get your planner and do visit this beautiful place and yes, please do not litter. Be responsible even If you are on a trip.

Some of my himachal pictures :

Hey you,
Hope you all doing well in this second wave of Covid_19. Do follow the guidelines and stay safe.
As you know summer is here and the mercury is rising, we need to transform our spring wear into summer outfits taking off the extra layers that we usually wear in spring.I have bought some easy breezy dresses this season. White is my all time favorite and this mini strawberry print certainly gives me a cool refreshing feel in this heat.
Ahh, I need a strawberry 🍓 milk shake right away.

Thanks for being here 🙂

Summer is exploding with some warm shades of oranges, pinks and reds but Dear summer, this year,only for this year please excuse us as the world is in a complete lock down due to a stupid virus which is making our life sick and Yes we promise you we will be back next summer as brighter as we can.

Till then keep shining and keep our hearts warm.

P.S Girls please be hotter than this summer and don’t just be a hot mess, Be a spicy disaster!!!

There were times when we used to travel.The heavy baggages, the rush through airports,the hustle bustle, the chaos of immigrations, the baggage claims. Ah! It’s been ages since I’ve traveled around.

It was last summer that I visited some part of Europe and despite the fact that people are crazy about European Summers, I myself feel Europe looks more beautiful in fall season.

This was the beginning of my Europe tour starting off with Cologne. What architecture! I was really awestruck by the cities historic downtown, the cathedral is one huge monument that takes your breath away at its first glance. Once you step inside this cathedral you feel you are at peace. I felt the calmness and the peace within. These pictures reflects the serenity of this great cathedral.

It is a renowned monument of German Catholicism and Gothic architecture and was declared a World Heritage Site. It is Germany’s most visited landmark, attracting an average of 20,000 people a day.

Cologne was indeed as refreshing as its name.

Thanks for visiting my blog.

How are you doing in this lockdown? It’s been almost 3 months now that my country is gone into lockdown. How are you guys dealing with this virus outbreak and self quarantine?

I am aware of the fact that fashion world has come to a standstill but this is just a phase and shall pass away meanwhile we can just feel good by dressing up stylishly,looking good with or without makeup (how does it matter though) eating healthy stuff , keeping yourself fit by workout and yoga thereby cheering the blues we are currently facing.

Since a couple of months I am just into my active wear,pajamas and sleepwear but I thought of posting some of my holiday pictures here just to refresh my memory and get that mood back.

What are you wearing right now?

It’s too late to be wishing happy new year to you all but since I was all occupied by my work and left with less time for myself, I am writing a new yr’s post almost at the end of this month. So hey you beautiful people out there wish you a happy, rocking and a great New year . I am sure everyone must have enjoyed the new year’s eve. The only way to enjoy new year’s is to visit another city or country and that’s exactly what I did. I visited Thailand this new yrs and boy! what a great time I had roaming around Pattaya beaches and Bangkok markets.

The weather was pretty much good since it was December and during this period of time the temperature is bearable and pleasant but If you are visiting this country other than November/December then it’s better you pack all your summer dresses,hats,sun coats and the most handy – Hand Fan. The key is to pack light since you would be shopping madly in Bangkok and you would end up in buying an additional baggage.

As far as food is concerned, its a paradise for non vegetarians since you get the best Sea food in Pattaya but for vegetarians one has to really hunt for good food. Travelling in Pattaya is very cheap, either you hire a cab or you just hop into a Tuk-tuk that keeps Pattaya roads busy all the time.

Thanks for visiting my blog.

I know ,I know Christmas is around the corner with so much of love in the air and everyone out there’s so excited about it and so am I, but the fact is that December is one of the most beautiful months of the year. The gorgeously romantic weather, the drop in the mercury, the snow, the carnivals, the festivals, the Santa, the Christmas, the new year’s eve, all this screams ‘Love is in the air’. This month is full of parties, happiness, get together’s and of course a long break from work, which ( I feel :p) should be made mandatory after a hectic working year.

I have already decided where am I going to spend my new year’s holiday. What are your plans like? I think, while most of the countries are completely frozen in the massive snowfall, you all should plan to visit my country India as it is the best time of the year to visit it. Goa is and was the most happening place for visitors during this period of time but If you want to enjoy less chaos you should undoubtedly be heading to Rajasthan with that royal and elegant touch of historical palaces and forts and ‘n’ number of flea markets. Also,The Taj Mahal in Agra can be really fascinating as it is one of the seven wonders of world.

Don’t forget to share your travel experiences of the country you love.

Merry Christmas to all and I hope Santa brings all the smiles, happiness and big laughs in your life because laughter is the best medicine and the best gift one can have. 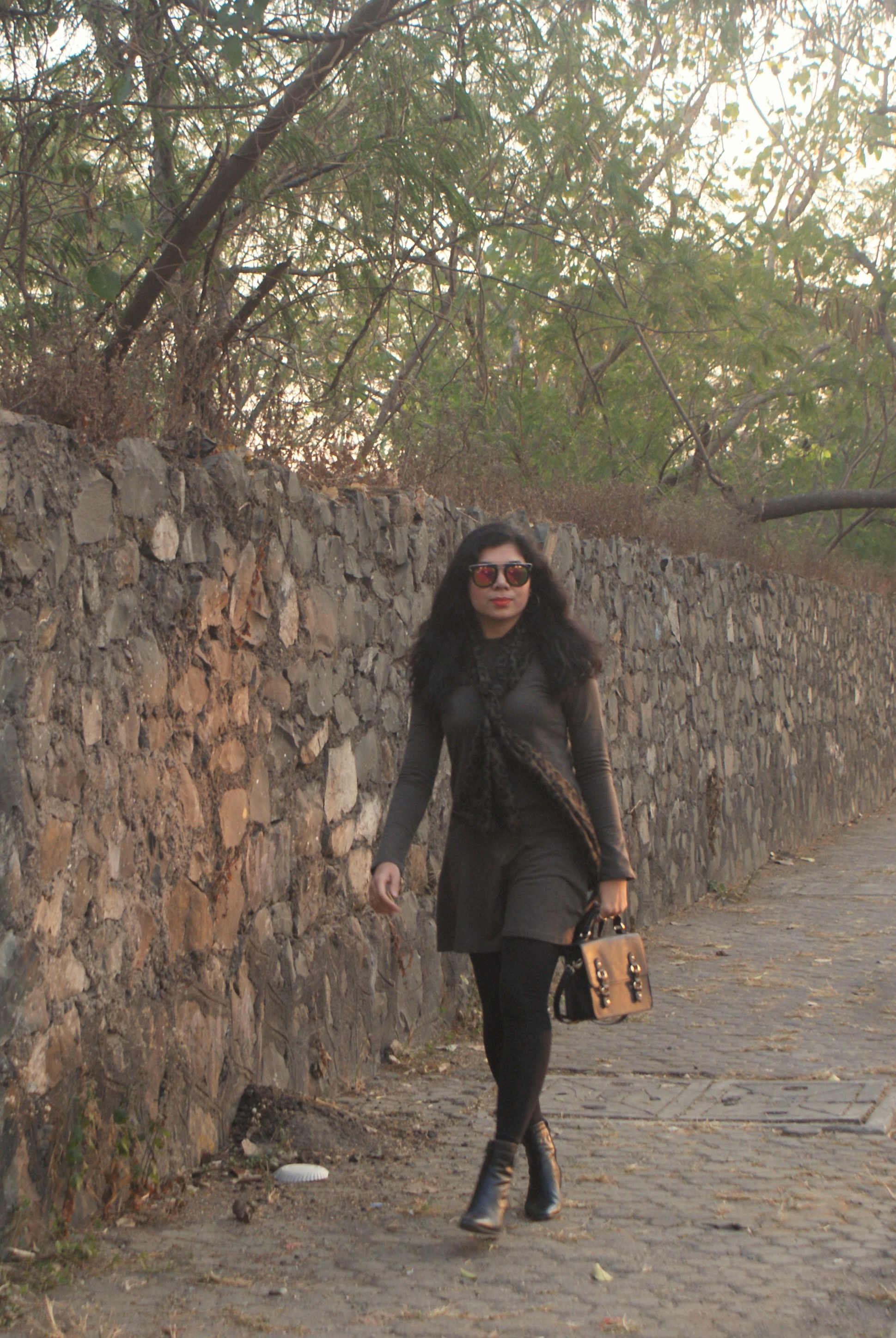 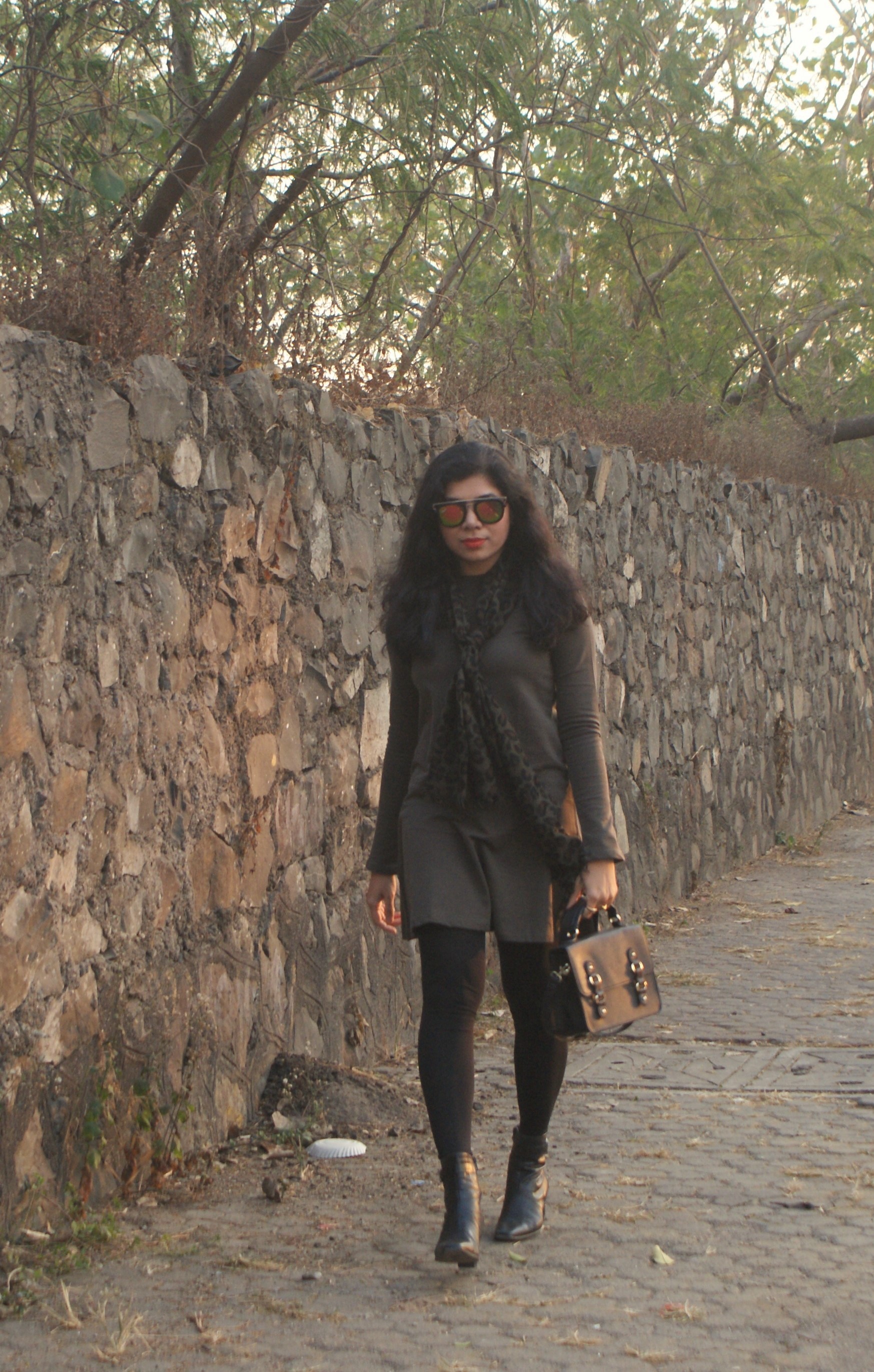